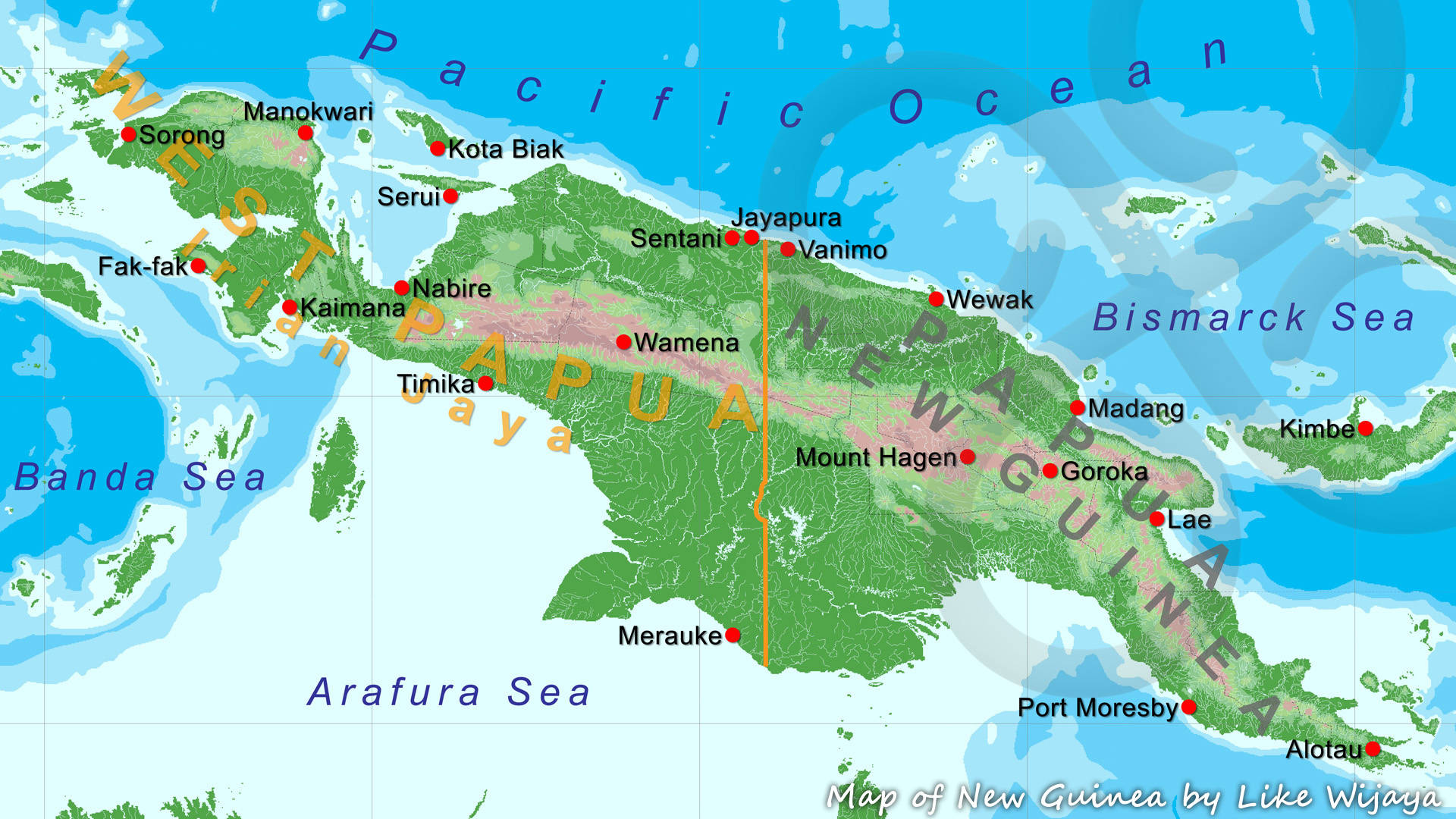 West Papua: the other New Guinea

A longitudinal line at 141° East has divvied up the subcontinental island of New Guinea ever since 1848, when the Dutch formally secured the entire area to the west as part of their East-Indies colonial crown jewel eventually to become the Republic of Indonesia. This arbitrarily drawn line remains the present-day border between the Papua Special Autonomous Region (formerly Irian Jaya) under Indonesian administration to the west, and the sovereign state of Papua New Guinea (commonly abbreviated to PNG) to the east.

For our purposes, and on general biogeographic considerations, West Papua or Indonesian New Guinea further encompasses the following groups of satellite islands: (1) the Raja Ampat archipelago (until recently generally referred to as the West Papuan Islands), including the main islands of Waigeo, Batanta, Salawati, Misool, Kofiau and Gebe; (2) the Geelvink or Cendrawasih Bay Islands, including the main islands of Biak-Supiori, Numfor and Yapen; and (3) the Aru Islands.

Thus, the entire area of interest here lies within the Republic of Indonesia, and with the exception of Gebe and Aru, which geopolitically are part of the Moluccas, conforms to the Papua Special Autonomous Region. The accompanying map above shows New Guinea and the nearly perpendicular border at 141° longitude, deviating only at the so-called 'Fly River Bulge', with West Papua or Indonesian New Guinea to the west and Papua New Guinea to the east.

I looked with intense interest on those rugged mountains, retreating ridge behind ridge, into the interior... There was the country of the cassowary and the tree-kangaroo, and those dark forests produced the most extraordinary and the most beautiful of the feathered inhabitants on Earth - the varied species of birds of paradise. — A. R. Wallace, 1869

With its 421,981 square kilometers, West Papua is roughly three quarters the size of hexagonal France. Its main administrative centers are the provincial capitals of Jayapura and Manokwari, and the regency towns of Sorong, Kota Biak, Nabire, Merauke, Timika and Fak-fak. Whereas Papua New Guinea has had a comparatively long-standing involvement with tourism, the vast natural and cultural wonders of West Papua have only recently begun to open up for the outside world, but the territory is rapidly gearing up for tourism.